OnPage Guide: How To Handle After Hours Support For MSPs

While after-hours support might be seen as overkill, you can’t live without it either. As soon as you remove it from your quote, you increase the chance of losing the deal. As such, after-hours service is a fact of life for most MSPs. While not the most pleasant aspect of the job, there are ways to make after-hours servicing a more profitable and organized enterprise. With more businesses demanding support 24×7, MSPs who don’t offer after-hours service are at a serious disadvantage.

This blog aims to explain how MSPs can both improve their offering and ease the pain of after-hours support service by:

To learn how ConnectWise can be used to run after hours support download our White Paper: 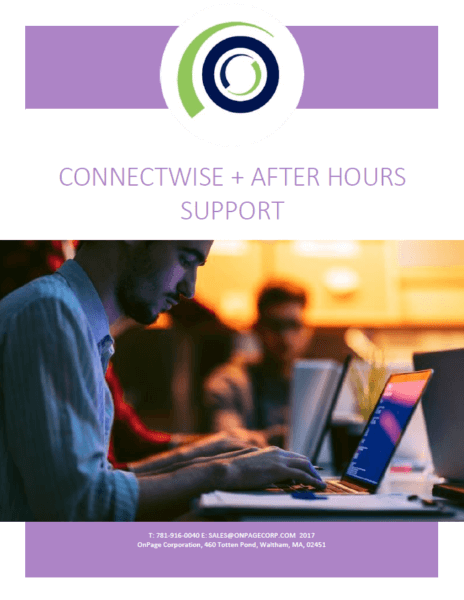