Voice-as-a-service is a growing channel offering among MSPs. With a tool set like that provided by BVoIP, MSPs can instantly provide a variety of voice-enabled technologies. When BVoIP integrated with OnPage, the Philadelphia-based company was suddenly able to provide critical alerting with voice attachments.

By integrating with OnPage, BVoIP solved a crucial issue MSPs face in providing alerts. For BVoIP, the issue was how to incorporate voice messaging within the context of a critical alert. However,  George Bardisi, BVoIP’s CEO, found this as a relatively simple issue to resolve. According to George:

Read more about what OnPage adds to BVoIP’s voice as a service offering. 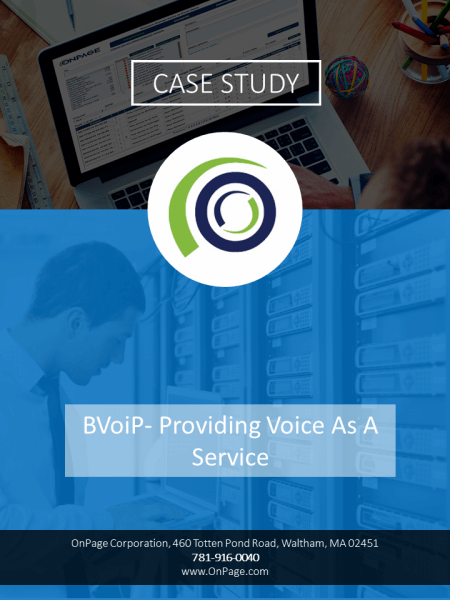