Mass. technology and health care leaders will be heading to Israel, along with Gov. Deval Patrick, on an innovation partnership and trade mission.

Gov. Patrick and members of the delegation are scheduled to visit companies and business organizations in the innovation economy sectors from May 27  to June 4, 2014. The group will make stops in Tel Aviv and Jerusalem, then Dubai, and finally Abu Dhabi in the United Arab Emirates. 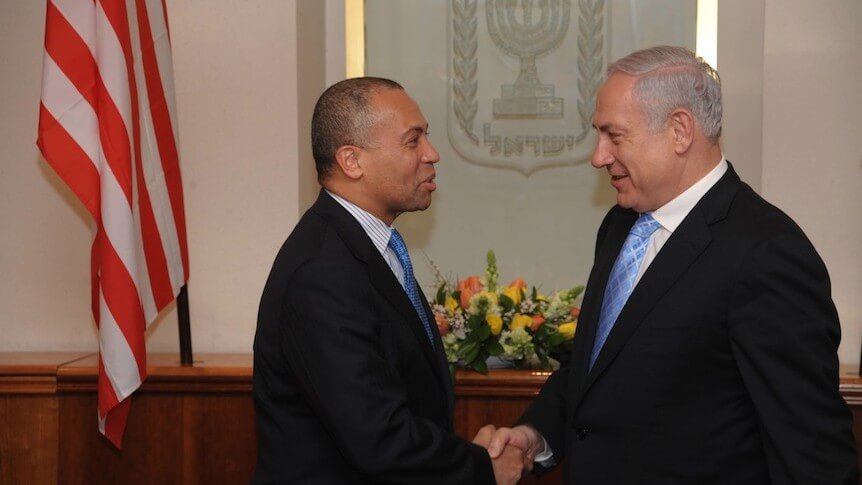 The list of those attending the mission reads like a who’s who of the Massachusetts technology world. It includes:

Judit Sharon, CEO of the Waltham, MA based Onset Technology (maker of OnPage)  said, “I’m proud to be attending the trade mission to Israel to raise awareness, renew old Massachusetts-Israel partnerships, and help form new ones. In just the past couple of years, over 200 Israel-founded companies have come to call our state home, helping build Massachusetts’ tech and health care economy.”

Israel leads the world (per capita) in the number of scientists and technicians in the workforce, produces more scientific papers per capita than any other nation, and in proportion to its population, has the largest number of startup companies in the world. Israel is also ranked #2 in the world for venture capital funds — right behind the U.S.

A leader in  health care and health care research– Israeli scientists have used strands of DNA to create tiny transistors that can literally build themselves, alleviated Parkinson’s -like symptoms in rats, and discovered how to turn mismatched cells into cancer fighters.

Gov. Patrick will deliver the keynote speech at the U.S. – Israel Connected Summit. American and Israeli academic, business, and government leaders will participate in discussions on a diverse array of industry topics, including medical devices, neuroscience, eHealth, water tech, and cyber security.